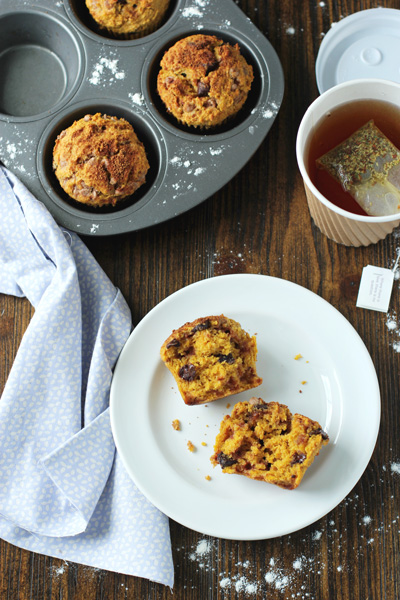 Well look who finally got on-board the pumpkin train. This girl.

Although I’m not fully on the train. More like one foot?

Don’t get me wrong. I do enjoy pumpkin … but I’m just so preoccupied and way more obsessed with apples and butternut squash (obviously).

But! Since I know you all love your pumpkin, I do have a few recipes to share. And I’m actually quite excited about them.

Especially since I have some savory ones thrown into the mix. Savory goodness. Get your kitchen ready!

First though, let’s talk muffins. Yes, I realize there are a gazillion bajillion pumpkin muffin recipes out there. And oh hey! Here’s another! 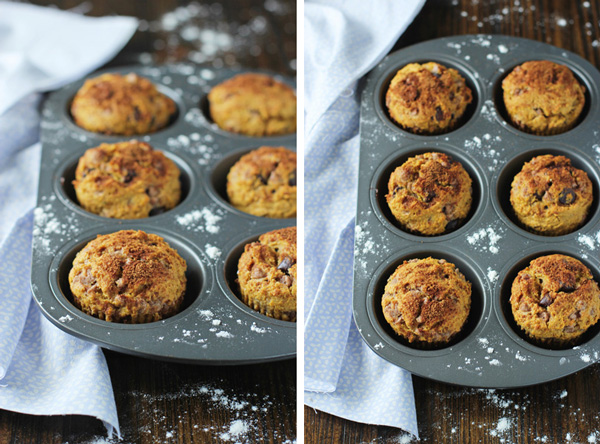 About These Cinnamon Chip Pumpkin Muffins

But. These are awesome. So you should make them.

Made with a mix of regular and whole wheat flour, a touch of coconut oil, plenty of pumpkin puree and a combo of honey and pure maple syrup – i.e. not so bad for you.

But then I went ahead and added in a good helping of cinnamon chips AND chocolate chips.

Because that just makes life better. And brings a smile to your face. 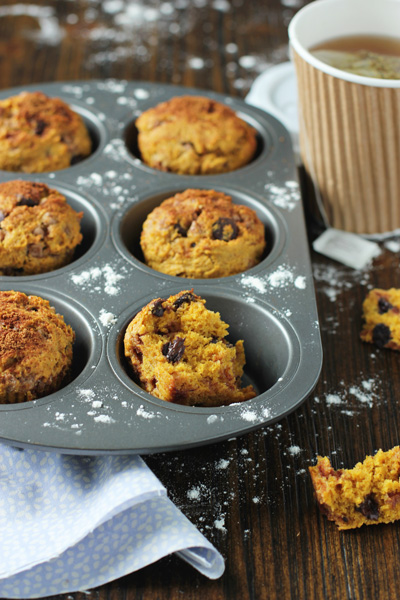 There’s also a cinnamon sugar dusting on top, but if you want, you can leave that off. I just couldn’t resist.

{Please don’t leave it off.}

Because these muffins are hard to resist. Someone in our house (whose name rhymes with smusband) may have eaten four in one sitting. I may have come close with two. Or three. A lady doesn’t tell.

You get the drift. Now just go make them already!

I would come make them for you, but well, that would be weird. 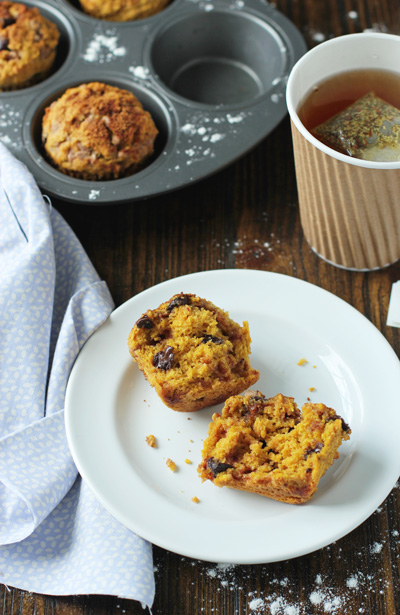 *Make sure that you melt the coconut oil first and then measure out the correct amount (otherwise you may use too much). 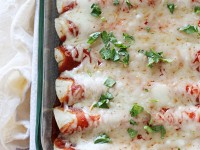 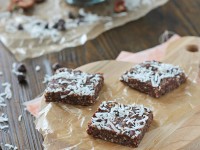 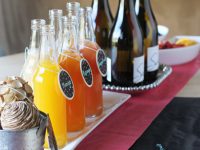 How To Set Up A DIY Mimosa Bar