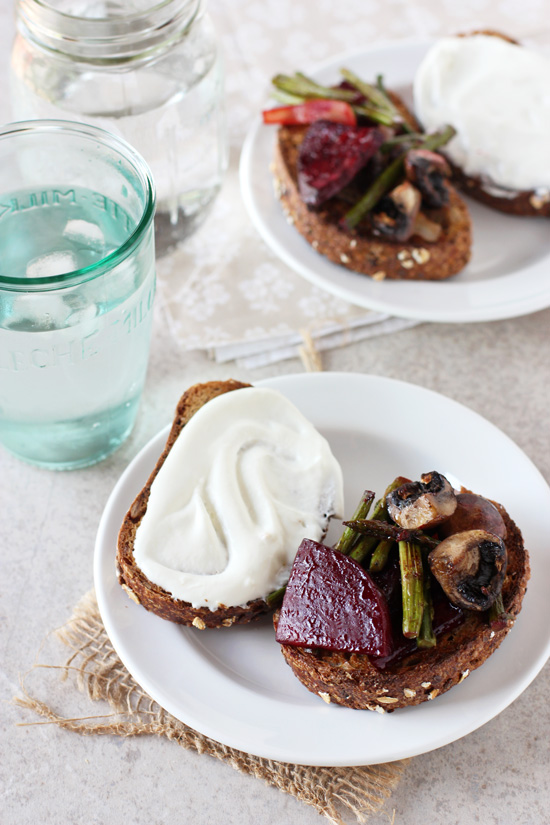 Fluffy, creamy, whipped goat cheese. How many more times do you think I can say goat cheese in this paragraph? Okay, I’m done. Promise.

So. Let me tell you the story of this sandwich. I went to brunch with one of my friends a few weeks back and we both ordered this absolutely delicious grilled beet, mushroom and asparagus sandwich that had a goat cheese spread and was served on buttery brioche.

It was sooooo good.

And of course, while my friend is just, you know, sitting there enjoying her sandwich, I am instead mentally trying to figure out all the components and file them away in my brain so I can make it at home.

It’s a sickness I tell you. 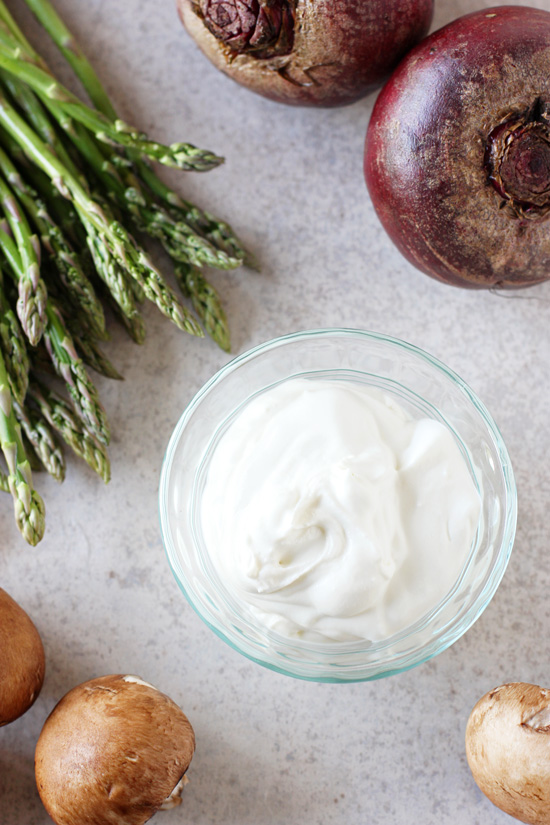 How To Make A Roasted Veggie Sandwich

But I can’t stop. And won’t stop. Because now I get to talk about this sandwich with you!

Now, the version at the restaurant was definitely full of butter. I nixed that part since I wanted to make it a tad bit better for me and it already felt decadent enough with the goat cheese.

I believe (from my mentally deconstructing their sandwich) that they also cooked theirs in layers (i.e. grilling the mushrooms, roasting the beets), but I also nixed that since I wanted to make this as easy as possible.

We’re just roasting all those suckers up instead! I will say that the beets will bleed a bit into the other veggies but just don’t worry about that for simplicity sake!

And then, instead of their brioche, I went with multigrain. And since I wasn’t quite sure what was in their “goat cheese spread,”  I just whipped some goat cheese because you cannot go wrong with that.

1. We have creamy, dreamy, fluffy goat cheese.
2. We have thick-cut fantastic multigrain bread.
3. We have soft and delicious roasted beets + asparagus + mushrooms. 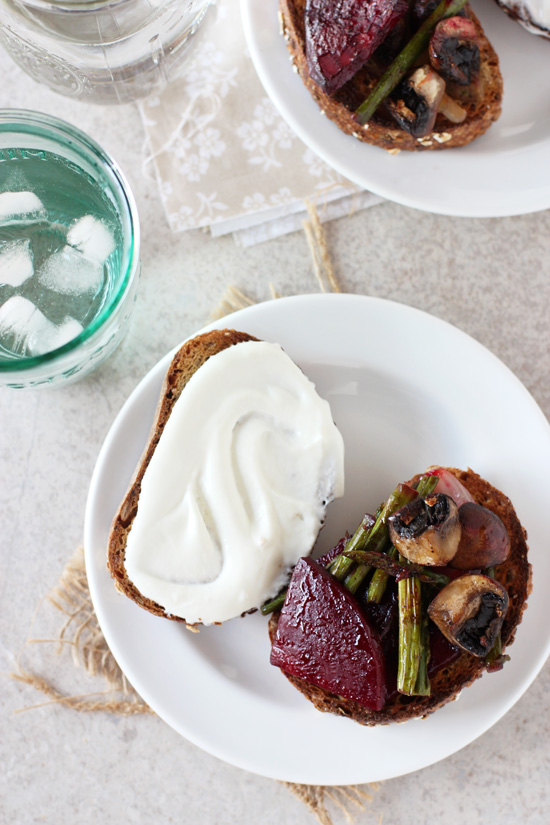 For the goat cheese:

For the goat cheese:

*I love this sandwich on crusty, thick-cut bread, but you could also serve it more like a hot-dog style sandwich (you can put it on whole wheat naan or serve in a pita!). You could also serve this as an open-faced sandwich with only one piece of crusty bread - whatever you like!

Also, as much as I obviously LOVE the whipped goat cheese, this is also absolutely delicious with just a little mustard smeared on the bread and then topped with the veggies. Makes it lighter that way!

Store the roasted veggies and goat cheese in separate containers in the refrigerator. 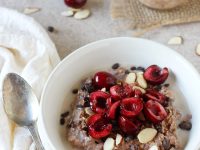 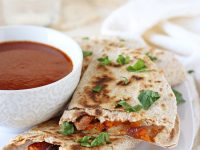 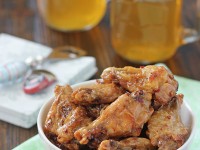