Let’s continue the Thanksgiving recipe train, shall we?! With this caramelized onion and spinach stuffing!

Or otherwise known as the stuffing of my dreams. 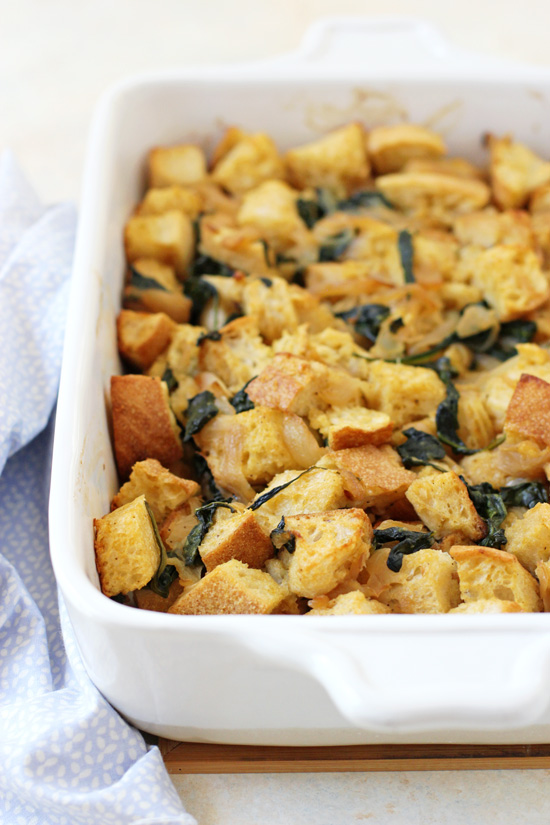 And then, then there’s my husband.

Who doesn’t like this version as much as the classic stuffing that I typically make for turkey day. Why you ask? Because … wait for it … there’s no celery involved. Who is he????

And please, for the love of goodness, don’t go and get any crazy ideas from him and try to add celery to today’s recipe. Just no. No. No. No.

There’s a time and place for celery and today’s dish sure ain’t one of them! Because do we want to mess with the wonder that is caramelized onion? I don’t think so!

Now, I am a firm believer that no Thanksgiving menu is complete without a killer stuffing. And today’s recipe most certainly fits the bill. We’re talking chunks of sourdough, oh-so-flavorful caramelized onions and wilted spinach tossed together and baked to perfection. You know what I’m talking about – crisp on the top but still perfectly soft underneath.

And yes, I am totally counting down the days until I get to eat this again on Thanksgiving… 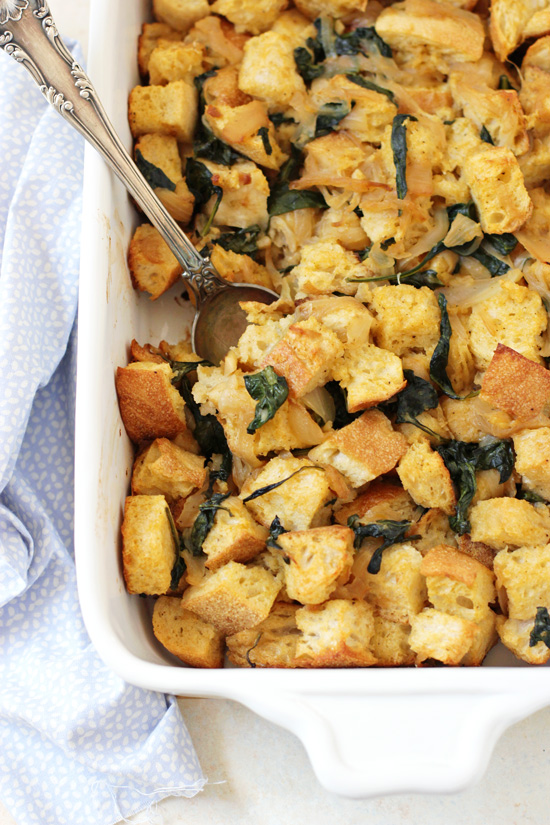 Tips & Tricks For This Caramelized Onion and Spinach Stuffing

Turkey day carbs. The best. Just the absolute best! Am I right, or am I right?? 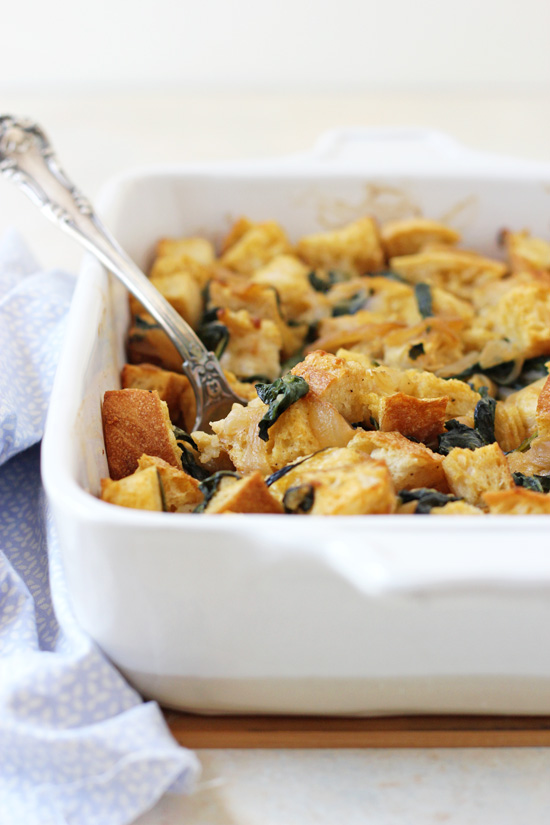 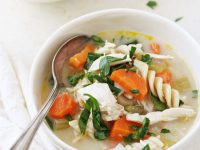 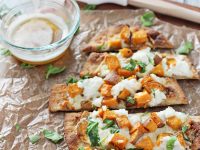 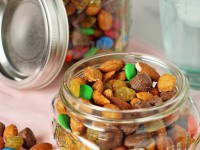