Rich and decadent chocolate stout brownies with an irish cream frosting! These perfectly fudgy brownies are topped with a thick layer of icing and dusted with sea salt. Vegetarian. 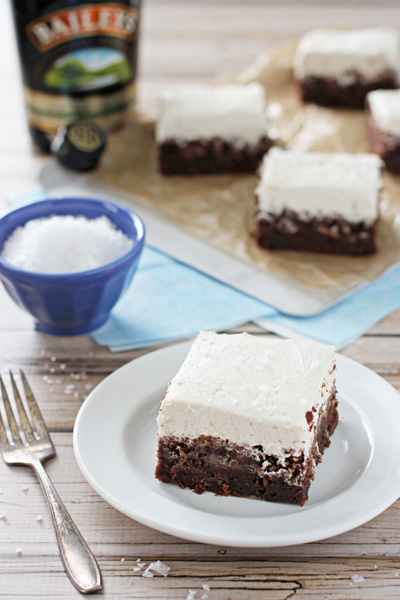 I’m finding it very hard not to lick my computer screen as I’m writing this.

I’m currently on a self-imposed sugar ban for a bit and frankly looking at these pictures is making it very difficult to hold on to my willpower.

I love dessert and while it’s not something I would ever give up, let’s just say that we were eating it a little too often for a time period there.

So I’m trying to take a step back for a bit and have only been having a cup of tea at night before bed.  It hasn’t been all that bad … until I went to edit these pictures. 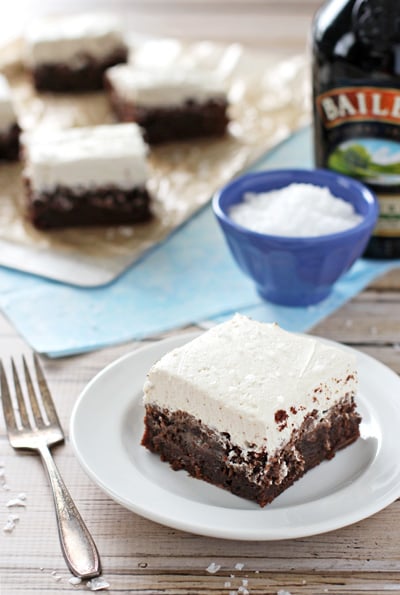 Because the rich, fudgy brownies topped with a thick layer of creamy dreamy irish cream frosting staring back at me are not helping one little bit.

And seriously, these are crazy fudgy.  Not cake-like at all – more like a flourless chocolate cake even though there is flour involved.

Now let’s talk about the stout factor.  I said it about this chocolate stout cake and I’ll say it again about these.

And did I mention that these are finished off with a dusting of sea salt?  A little salty, plenty sweet and boozy?

Now that’s one heck of a combination right there if I do say so myself. 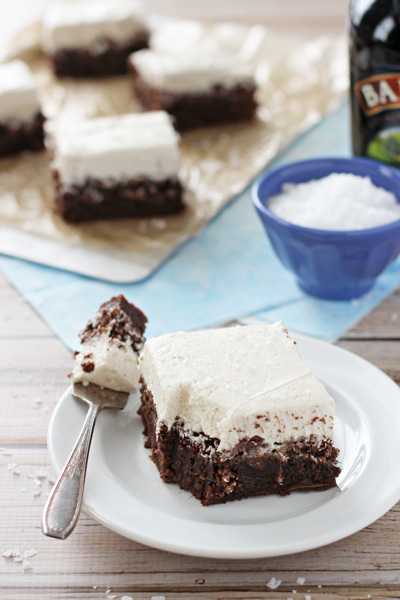 To make the brownies:

To make the frosting:

Brownie base adapted from Foodie Crush 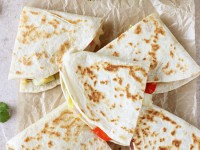 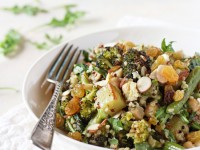 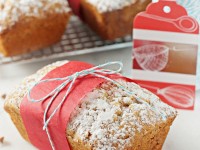