This dreamy honey cinnamon iced latte will have you skipping your trip to the coffee shop! And with a honey cinnamon simple syrup that’s perfect for hot or cold coffee, it’s hard to resist. Gluten free and vegetarian with a dairy free option. 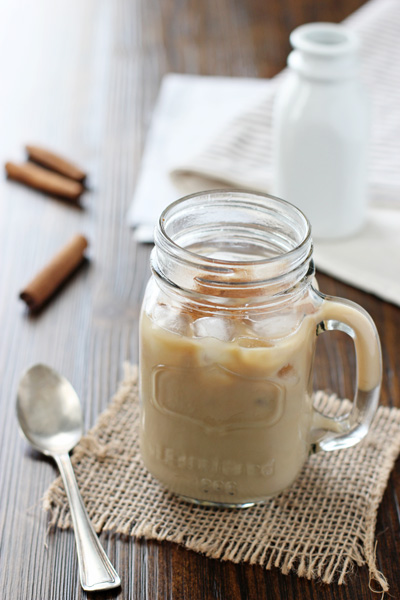 On a recent trip to the Asheville area, we stopped at a local coffee shop where I had an entire conversation with the barista about a drink on their menu called the “killer bee.”

And after much hemming and hawing about what I was in the mood for, I finally decide to go with said killer bee. Because it’s just fun to say.

Which is what I have recreated here for you.

Because it was sooooo good. The one at the coffee shop was a little too sweet for my taste but that’s the beauty of making it at home. Make it just the way you like. 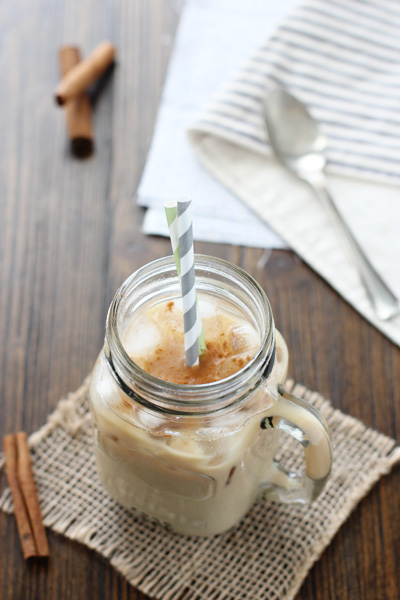 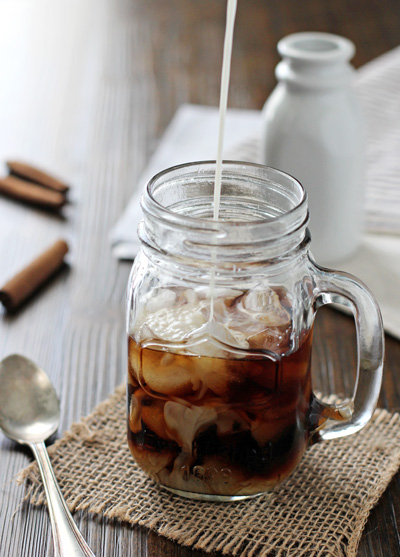 How To Make A Honey Cinnamon Iced Latte

So, we start with some cold brew coffee concentrate.

And then we pour in some creamy milk-y goodness…

And then! We’ll sweeten it up with a honey cinnamon simple syrup that will blow. your. mind.

Before finishing it all off with a sprinkle of cinnamon.

I know it’s finally starting to cool down a bit outside, so if you aren’t in the mood for iced coffee go right on ahead and still make the simple syrup.

And then swirl it into regular hot coffee for a delectable treat.

Because it’s like fall in a mug. And I just cannot turn that down.

One last tidbit – if you don’t like coffee, go ahead and still make the simple syrup. And then swirl some into a glass of milk. It’s like chocolate milk but vanilla honey cinnamon action instead. And so darn good. 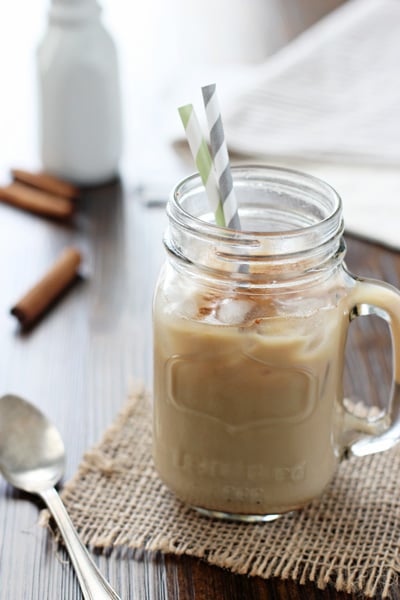 For the simple syrup:

To make the simple syrup:

*To keep this dairy free - use a non dairy milk of choice.

For my perfect ratio for this iced latte, I use ¾ cup cold brew concentrate, ¼ to ⅓ cup milk and 1 tablespoon of the simple syrup. But really this is all about your own preferences - do what works for you!

You can also use this simple syrup in hot coffee. Just as dreamy!

Nutrition data shown is an estimate provided by an online calculator and is for informational purposes only. It should not be considered a substitute for a medical professional’s advice. The information listed is for my perfect ratio latte described in the notes section. 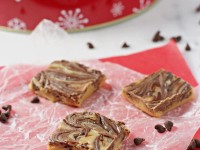 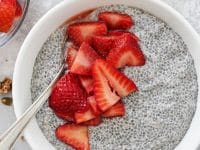 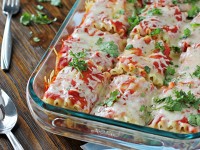