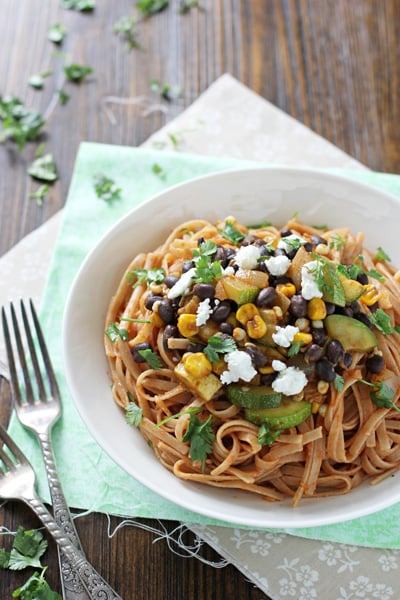 It’s mexican food wednesday! I know, that’s not really a thing. But I get super antsy whenever I wait too long before sharing another mexican recipe with you.

And yes, I fully realize it’s only been two weeks since the grape salsa. However, two weeks is far far too long.

We all need a mexican food fix, yes?

Or maybe it’s just me who has a veryyy hard time not eating tacos or enchiladas or something along those lines at least once or twice a week. 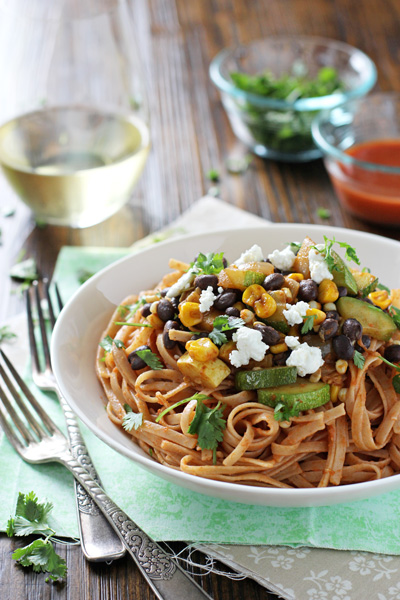 About This Vegetarian Enchilada Pasta

And today we’re doing super simple. We’re talking nice and easy and yet so tasty that you’re going to want to give me a hug.

Because this right here is most definitely a weeknight dinner winner. Such a fun phrase to say!

So. We’re going to boil some pasta.

Meanwhile, we’re going to cook a few veggies in a skillet.

And then! We’re going to smother it all in finger licking good enchilada sauce, cheese (very important business!) and throw in some black beans and cilantro for added fun.

And did I mention that we’re using fresh corn? I swoon all over the place whenever I eat it right now because it is just. so. good.

But don’t worry, during the winter you can definitely use frozen corn instead. Yes, you are absolutely going to want to make this all year round.

For leftovers - the pasta absorbs the enchilada sauce, so I like to drizzle on a little extra to get it nice and saucy again. 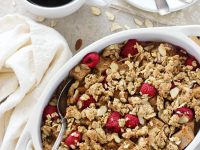 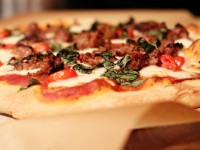 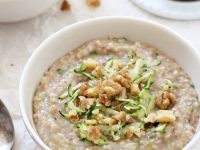