Raise your hand if you are completely obsessed with the cranberry walnut combo in bread.

Please tell me I’m not alone. Well, at the very least I know my mother-in-law feels the same way! 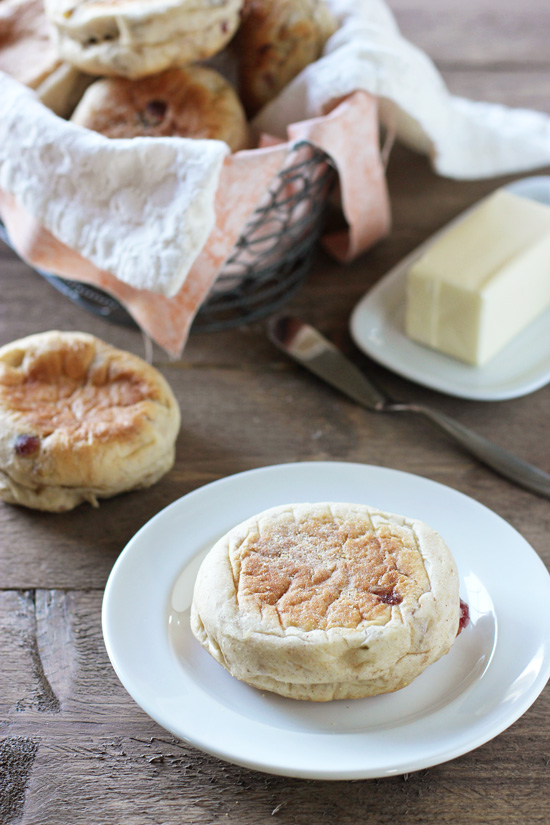 We had a whole discussion about this recently. And how as soon as it appears as a seasonal flavor at the grocery store, it is impossible to resist. Those darn delicious smelling bakeries!

I already have a recipe for straight up cranberry walnut bread on the site (which is awesome – and freezes well!).

So I decided it was time to make cranberry walnut english muffins. Because homemade english muffins are the absolute best and would obviously be even better with that awesome seasonal flavor.

Which brings us to today. And I have been itching to share these with you since last winter. I know, I know. I’ve been holding out. But I didn’t get this recipe jusssstttt right until well after the height of cranberry walnut season.

So I waited. And now it’s time! Eeeeek! 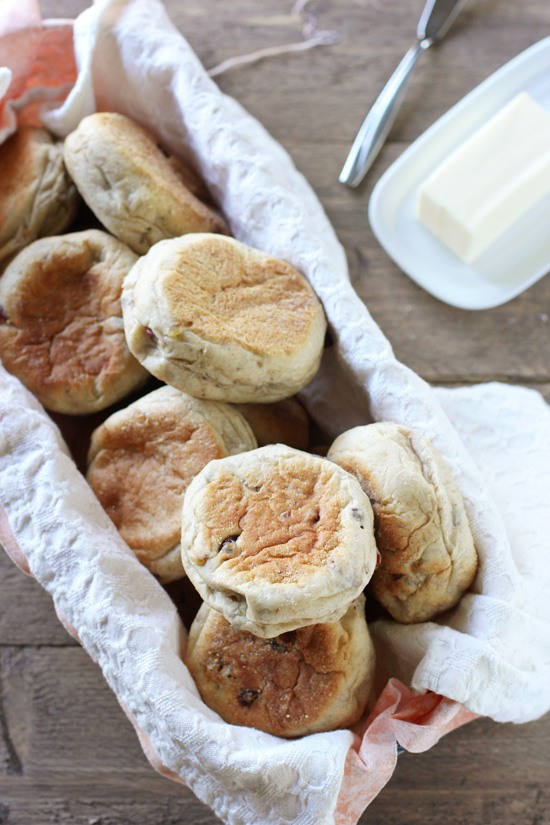 About These Cranberry English Muffins

Now, do not, I repeat do not, be scared away by the lengthy instructions!

I just wanted to explain everything as clearly and fully as possible (and include some extra tips I’ve learned after making these so many times). This way you can get the best results in your kitchen as well.

I will say that these do take some time to make. However, the majority is just down time. Plus, the recipe makes quite a bit, so you’ll have extra to freeze – always a win!

And I promise, homemade english muffins are the heat. Especially when we add in some whole wheat flour and stud them with those little cranberry jewels and crunchy nutty walnuts.

They are awesome all toasted up and topped with either a little butter or almond butter! 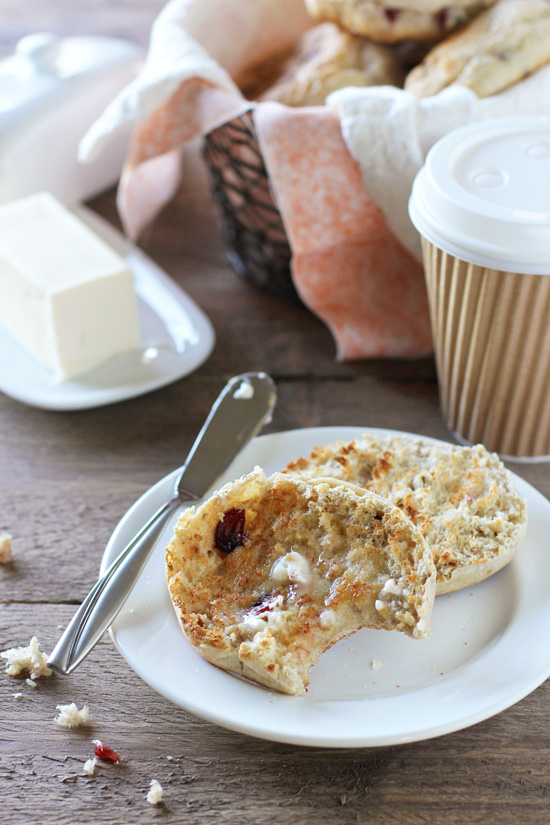 *If you don’t have enough space on the griddle/skillet, you’ll need to cook in batches. Place the other balls (and then flatten them) on a baking sheet prepared the same way (so they can be transferred easily to the griddle later).

Adapted from my homemade english muffins, which were originally from King Arthur Flour 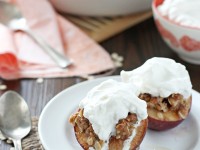 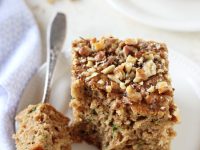 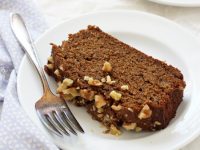