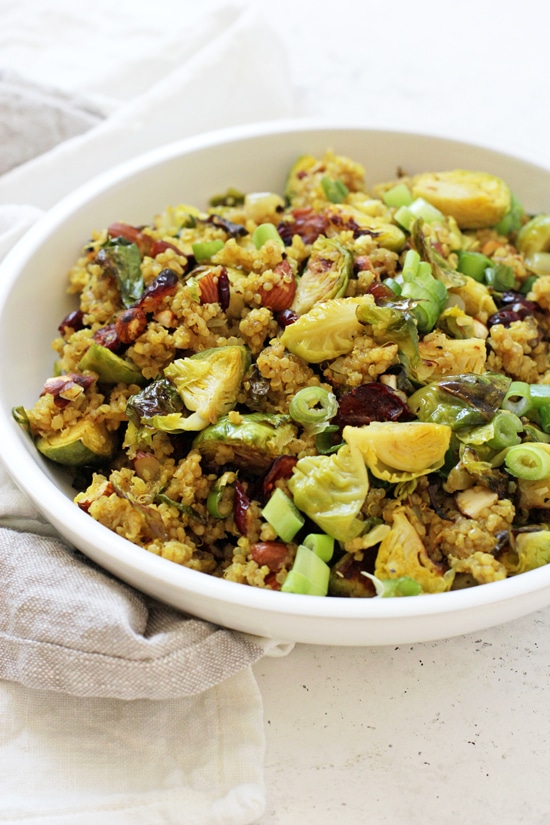 Allow me to introduce you to a recipe that has been making some serious rounds in my weekly meal planning rotation … this cranberry quinoa salad with brussels sprouts!

Not to mention that it gets some major bonus points for the make-ahead factor – i.e. it somehow gets even better as it sits.

So, what’s exactly in this jazzy little number? Let’s discuss.

We have a flavorful quinoa base made with veggie broth, garlic and cozy spices like cumin, turmeric, cinnamon and cardamom.

There’s crunchy almonds for texture and delightful sweet and tart dried cranberries for a touch of pizazz and oomph. AND! It’s bulked up even further by the addition of tender, caramelized, roasted brussels sprouts.

It’s excellent all on its own or as a fantastic switch-things-up side.

Might I also suggest packaging this salad up in pre-portioned containers so you have lunch ready to go for at least several days? Waiting at the ready. Crunchy, flavorful, veggie-packed goodness! 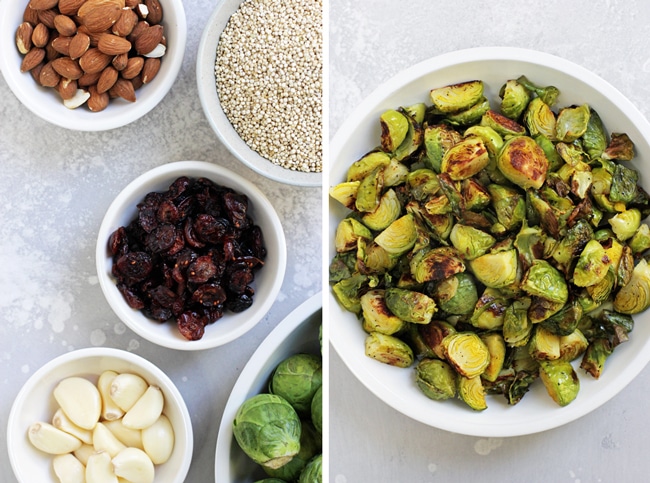 How To Make Quinoa Salad with Cranberries

So, we start by roasting up some brussels sprouts with a little olive oil, salt and pepper.

While the veggies are roasting, we’ll soften a shallot in a saucepan, before adding in some garlic and plenty of warm fragrant spices. Dried quinoa and broth are stirred in, and then the mixture simmers away until the quinoa is cooked and the liquid is absorbed.

We toss the quinoa and brussels sprouts together in a large bowl, along with some juicy dried cranberries and crunchy raw almonds. It’s finished with a sprinkle of salt and pepper and your salad is served! 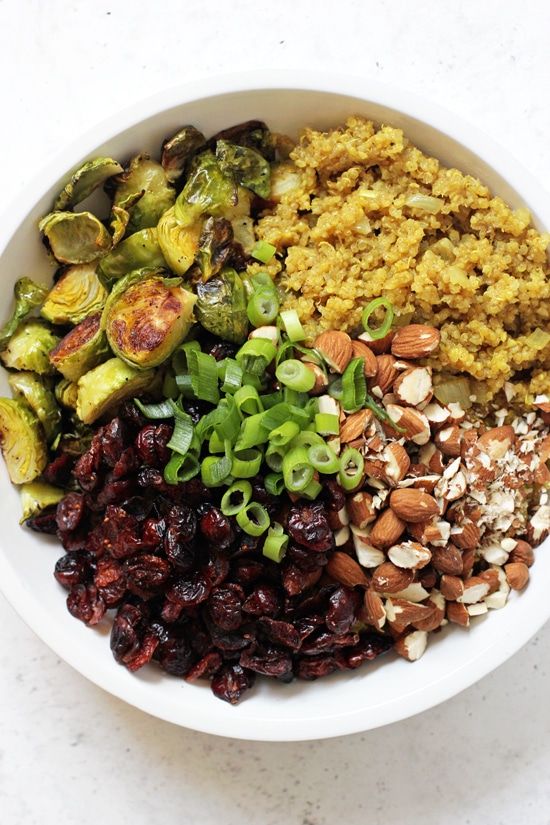 Let the salad cool to room temperature then transfer to an airtight container and place in the fridge. It will keep like this for about four days. 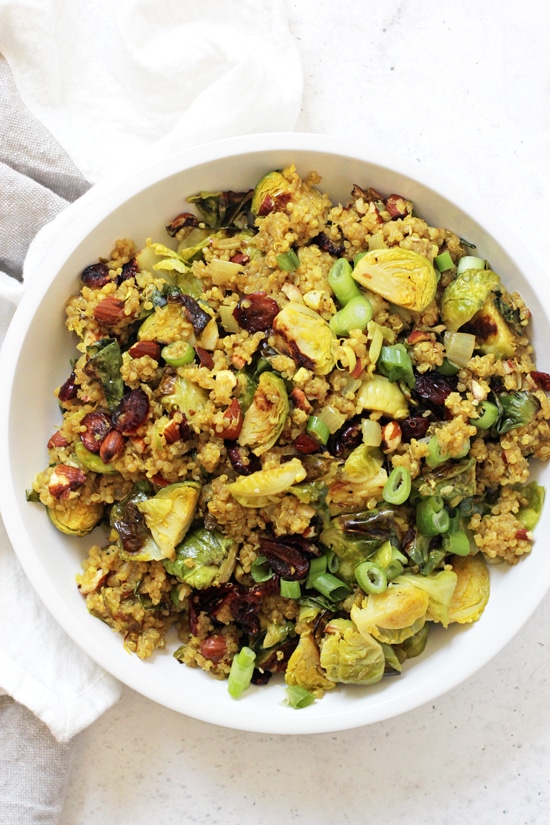 For the brussels sprouts:

For the brussels sprouts: 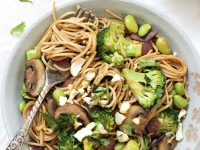 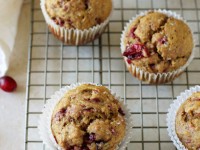 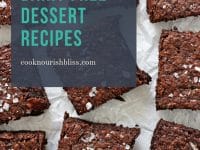