Buttery and full of flavor, these slow cooker caramelized onions and peppers are a fantastic addition to any meal! And your crockpot does all the work. Gluten free and vegetarian with dairy free / vegan option.

You see, this recipe was an attempt to recreate a dish that my grandma always used to make.

She made these absolutely killer slow cooked onions and peppers, which she cooked for hours upon hours in this enormous electric skillet that probably weighed more than she did.

And to these awesome onions and peppers she would then add some scrambled eggs. She would make a huge batch and send them back with me to college or in later years back to my job in DC.

And I would proceed to eat them all in 2.5 seconds. So much for pacing myself. 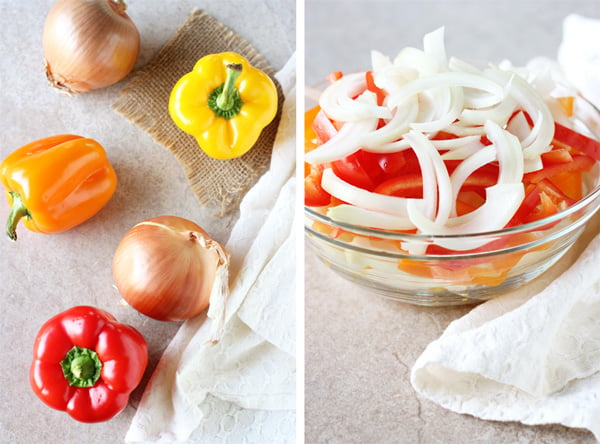 About These Caramelized Onions and Peppers

Anyway, the recipe is finally here.

So instead of doing this in a skillet like my grandma, I decided to turn to my trusty slow cooker to get the job done. I use it all the time for my crockpot french onion soup, where the base is made up of caramelized onions.

So pretty much the same method is used in this recipe here today. I’ve made a few tweaks but otherwise the process is the same. Just no soup (obviously).

I say this in the french onion soup post and I’ll say it again here.

This is not a totally hands-off method. You do need to be around to stir the onions and peppers every so often (about every 45 minutes).

But I do promise that the end result is absolutely worth it. Buttery and packed full of flavor. You’re gonna want to eat these onions and peppers straight out of the crockpot with a spoon.

My favorite way to enjoy them is stirred into some scrambled eggs. Just like my grandma made. But with some avocado toast on the side. 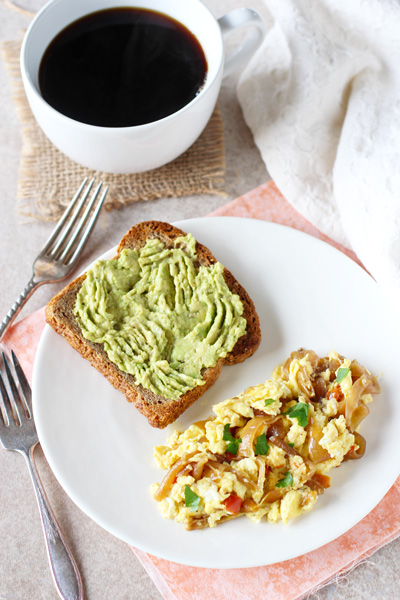 My biggest piece of advice here - know your slow cooker. They all cook slightly different and have slightly different heat levels. After making the onions and peppers like this a few times, I know how often I need to stir and exactly how long it takes.

You also want to slice everything about the same size - so that they all cook evenly. I slice my onions and peppers about a touch more than ¼ inch thick.

You could also use green peppers or really any color combo of peppers you would like. 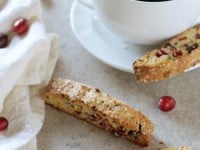 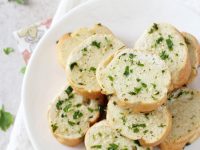 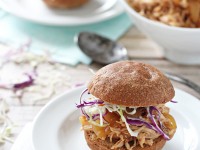