Brussels sprout and bacon baked pasta! With roasted brussels sprouts, crispy bacon and a creamy sauce made from greek yogurt!

Well, more like I’m back to sharing recipes with them! And yes, I am talking about brussels sprouts! 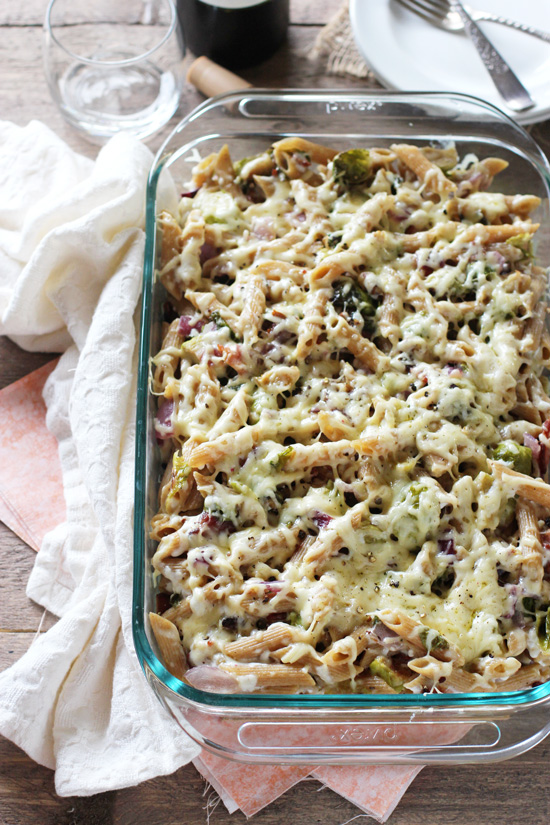 As soon as they start looking good again at my local grocery store, I start buying obnoxious amounts.

Because frankly, these honey roasted brussels sprouts with peanuts are a go-to side dish at our house when they are in season. We’re talking probably twice a week.

Except sometimes I get lazy and leave off the peanuts from that recipe. Because clearly chopping up a quarter cup of peanuts is just terribly hard work. I don’t understand the way I think sometimes.

But anywho, I decided it was time to share something with the ever-loved combo of brussels sprouts and bacon. Because I know most of you love bacon!

And I love pasta, so we’re combining it all together today! 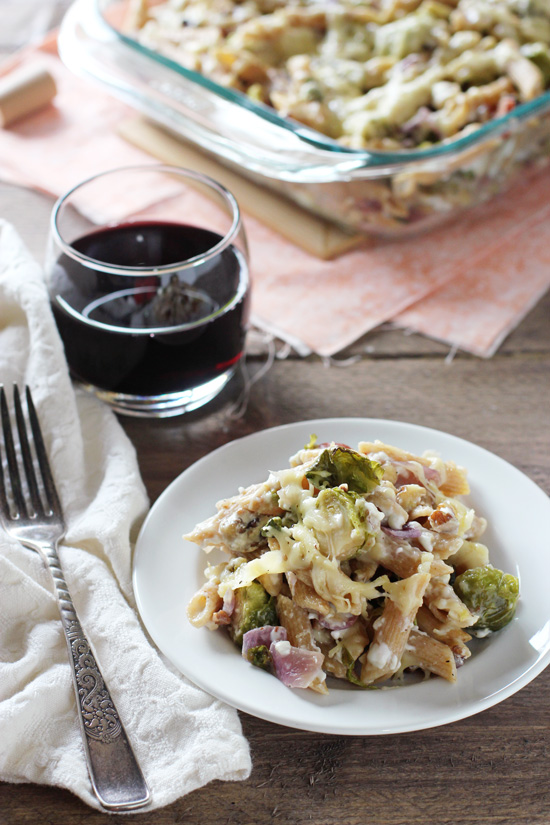 We’ll start by roasting up plenty of brussels sprouts with a touch of honey. That little bit of sweetness sort of balances them out perfectly. So good.

Next, we’ll cook up some pasta until al dente and crisp up plenty of chopped bacon in a skillet.

It all gets mixed together in a large bowl, along with some walnuts for crunch, lemon zest for brightness and of course cheese. Because we need cheese.

Now, there is also some plain greek yogurt and cottage cheese all up in there. Do not be afraid of this!! In the final dish it just helps make the whole thing nice and creamy.

It doesn’t taste like you’re eating bacon with your yogurt. So have no fear! Think of it more just as the sauce and as a way to prevent the pasta from drying out in the oven.

You can sit down all civilized and enjoy this dish with a nice glass of wine. Or, you can just stand over the baking tray and eat it as soon as it comes out of the oven. Your choice. 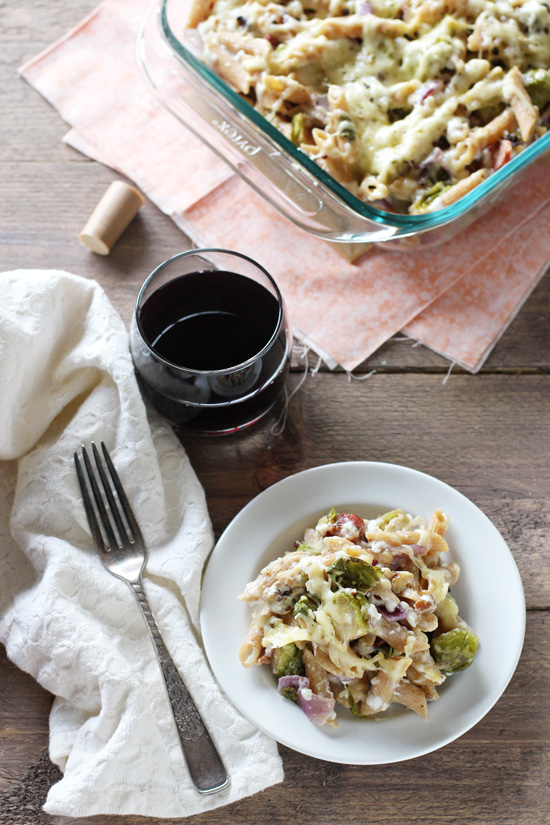 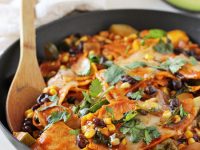 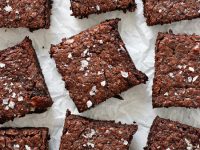 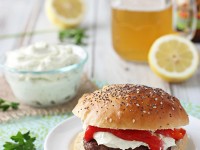