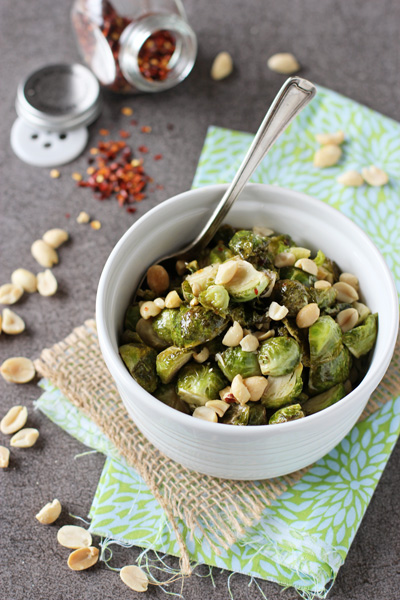 So brussels sprouts. Love em? Hate em? In the middle?

I used to firmly be in the hate em’ category … even though I had never tried one. Go figure.

At least I don’t remember ever trying one. My sister and I were both pretty obnoxious picky eaters growing up, so I doubt my parents even attempted to feed me brussels sprouts. I would have thrown a hissy fit.

Anyway, I’ve long since gotten over that picky eater phase, but for whatever reason never really had brussels sprouts until a few years ago.

But seriously, we now have them at least once a week. And today, I’m showing you my go-to method for preparing them. Well, I should say a spin on my go-to method.

Typically, I just roast them with a little olive oil, honey and salt. 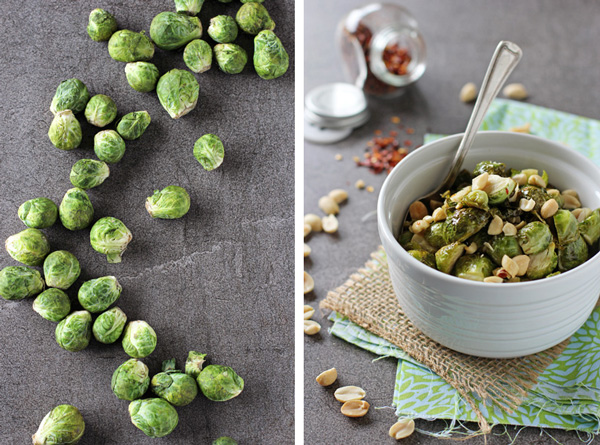 Until …. I had a fried version at a local restaurant with some red pepper flakes, a touch of lemon mixed in with the honey and a tad of peanuts. And ohhhh was it good.

Which resulted in this recreated, at-home, baked version.

About These Honey Roasted Brussels Sprouts

The sweetness from the honey balances out the slight inherent bitterness of the brussels sprouts and they get just a touch caramelized in the oven.

With a hint of heat from the red pepper flakes and a salty crunch from the peanuts, this version is just as fight-over-the-last-one-good as the one from the restaurant, yet all done in oven instead.

Get your brussels sprouts on this weekend. These little jewels of goodness are hard to resist. 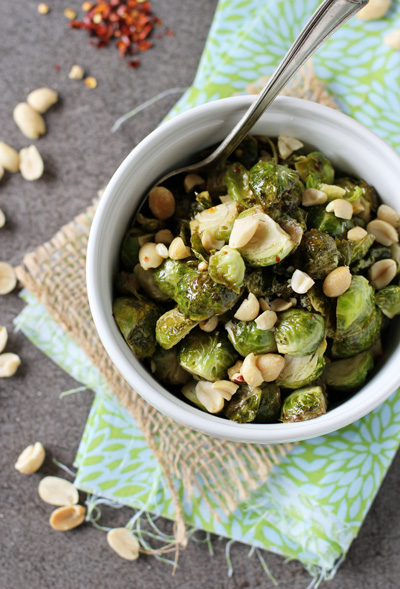 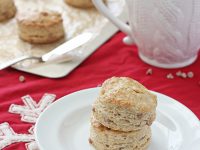 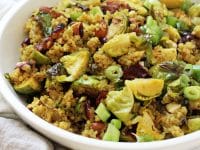 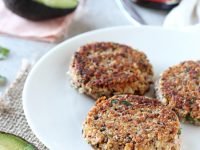