Stuffed peppers. One of those dishes that we ate all the time growing up. Except these are so not my mama’s stuffed peppers! 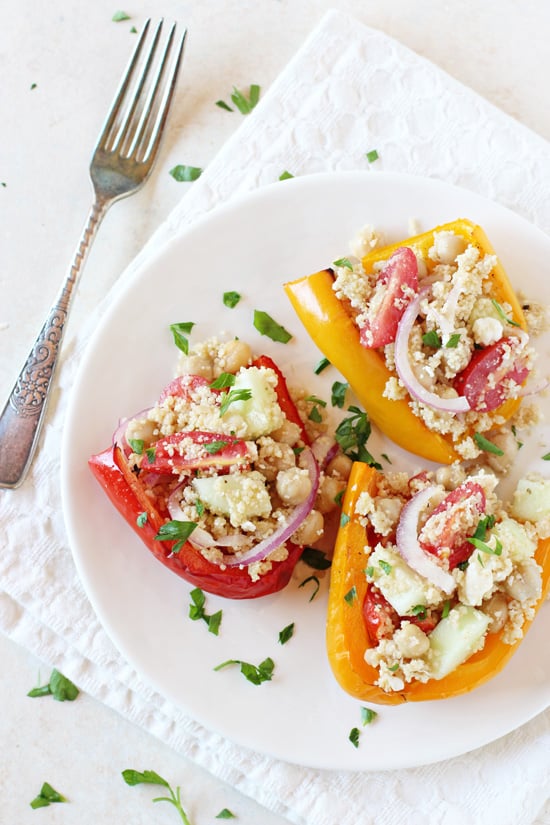 Please bear with my ridiculous (i.e. not so funny) jokes this morning. After a long holiday weekend filled with fun times, this whole back to reality thing is like a kick in the pants. My A-game is nowhere in sight.

So, let’s just get right to the dish at hand (to spare you anymore terrible punch lines). Vegetarian greek stuffed peppers! Which I kinda sorta wanted to title greek salad stuffed peppers. But that didn’t totally 100% make sense, so I just stuck with greek.

But! They are very much greek salad inspired! We have a filling that is packed with classic greek salad ingredients – tomatoes, cucumber, red onion, feta! And a jazzy and delicious dressing with red wine vinegar, honey and oregano.

To bulk it up just a tad and give it a bit of oomph, we mix those ingredients together with some whole wheat couscous <— a true favorite of mine – you just cannot beat the super fast cook time! The filling gets piled on top of tender, slightly browned bell peppers and dinner is served. 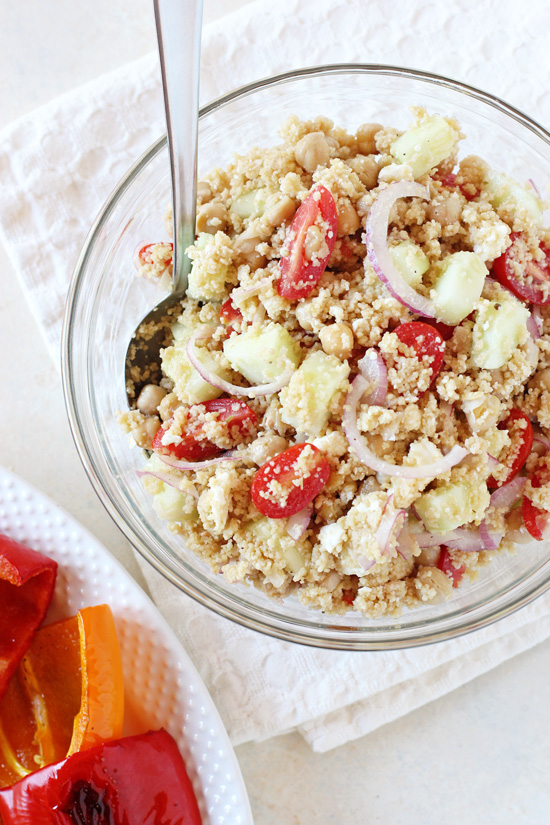 Summer bell peppers – you are just the best, you pretty little things you! 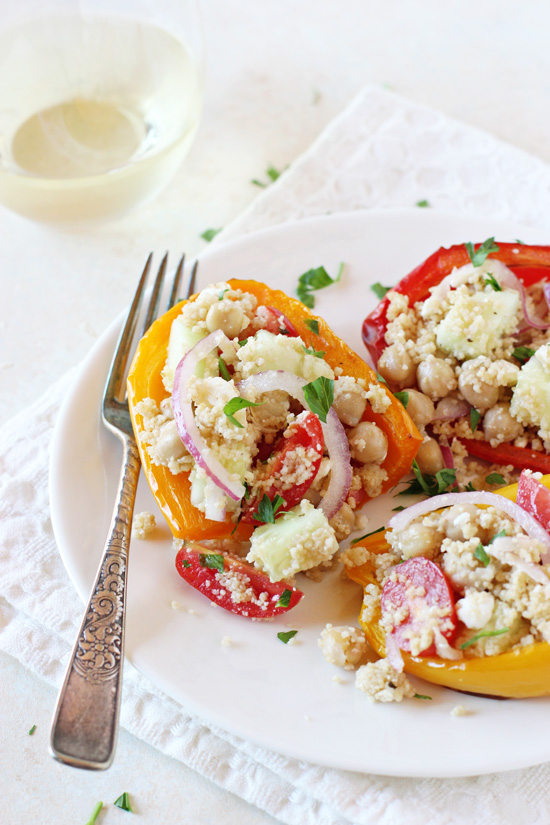 Don’t want to turn on the oven? I think the peppers would be awesome grilled instead!

See the tips & tricks section above for how to prep the ingredients to keep the total recipe time at only 35 minutes! 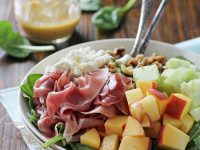 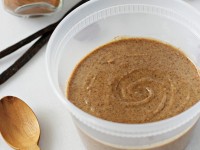 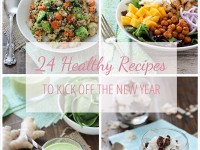 24 Healthy Recipes to Kick Off the New Year