These fluffy eggnog waffles with cinnamon whipped cream are perfect for the holidays! Crispy on the outside, chewy on the inside and filled with the flavors of the season. Vegetarian. 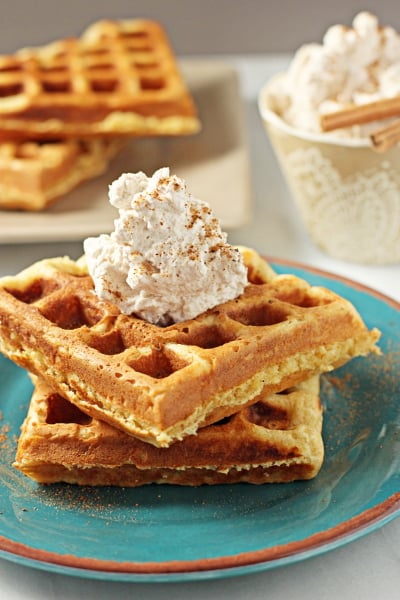 Recently, I wound up with quite a bit of extra eggnog.  I hate wasting ingredients but didn’t want to drink it, since that’s just not my thing.

So instead I started brainstorming ideas to use up the remaining few cups that I had in my refrigerator.

And that’s how these eggnog waffles were born.  Oh and there’s a homemade cinnamon whipped cream that goes along with them.  It is so. stinkin. good.  Especially when it melts a little into the hot waffles.

I’m getting hungry just thinking about these again.  Good thing I have the extras stashed away in my freezer for next weekend.

Guess I’ll also have to make some more whipped cream to go with them.  You don’t have to twist my arm. 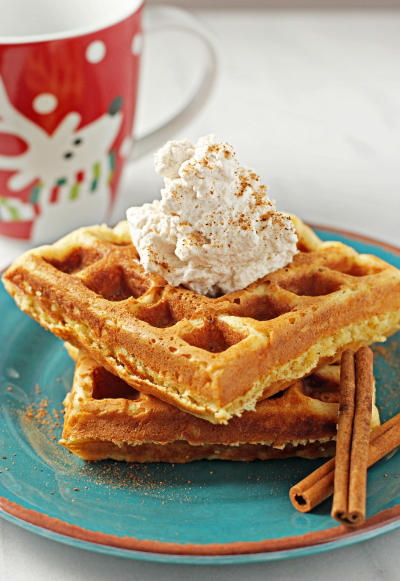 These waffles were adapted from a basic recipe that I use whenever we are in the mood for a special breakfast.  They are slightly crispy on the outside but still chewy on the inside.

These don’t have a strong eggnog flavor, just a hint to make them a little different.

And then there’s the cinnamon whipped cream.  Goodness gracious, I am in love with this stuff.

It goes perfectly with the eggnog flavor in the waffles and you definitely do not even need maple syrup.  I had a little extra leftover and put it on top of just about everything I could think of.

Make these this holiday season – you’ll be glad you did! 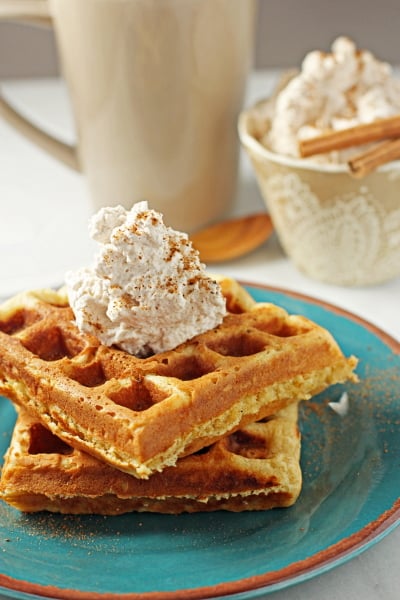 For the whipped cream:

To make the waffles:

To make the whipped cream: 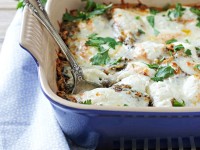 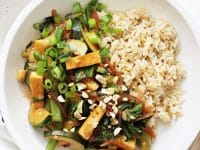 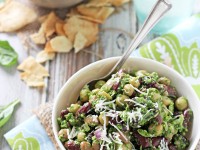