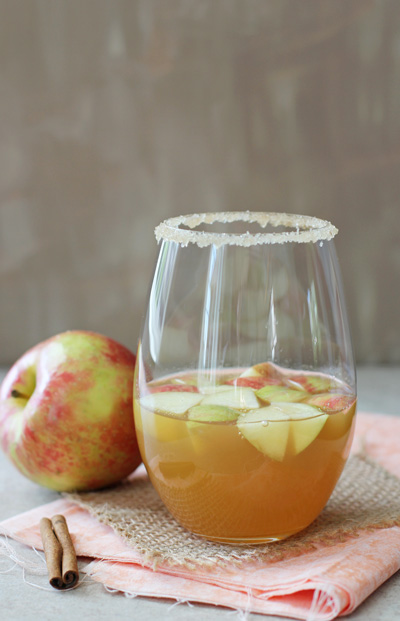 Today I bring you the best sangria I have ever made.

Whoa now, right? I’m throwing down some serious boldness by saying that. But this is no joke – I am in love.

And let me tell you … this is saying something coming from me. Because other than wine, sangria is my drink of choice. My absolute favorite (as long as it’s good sangria, thank you very much).

And usually, once the fall weather hits, I am allllll about my pomegranate cranberry sangria. It makes an appearance at fall gatherings, thanksgiving, even christmas shindigs.

But. It may officially be replaced as the reigning champion with this honey cinnamon apple cider goodness. Because ohhhh is it good. 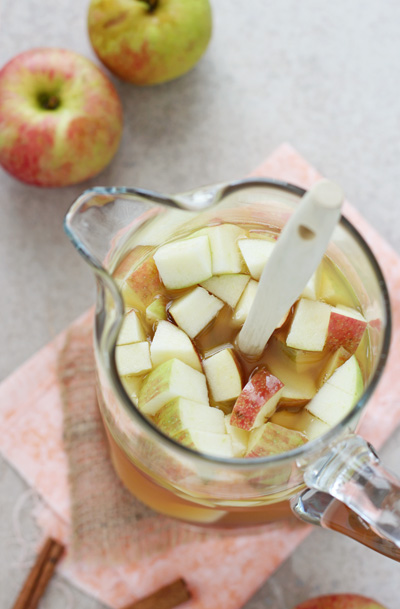 I adore apple season and was the complete maniac who practically dove at the case of fresh apple cider that recently appeared at our local food store.

I’ve been waiting patiently (not really) for weeks.

And then it magically appeared. Oh happy day.

I had apple cider sangria at a restaurant either last fall or the year before … and it’s been sitting on my list of recipes to recreate ever since. 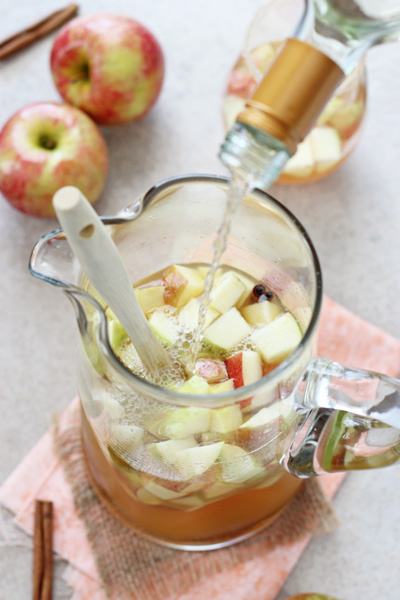 How To Make Apple Cider Sangria

You’ll start with a white wine (I like a drier white here), some fresh apple cider and some brandy.

Then, since I know you already made the honey cinnamon simple syrup (please tell me you did), you’ll add in a touch of that to sweeten it up just a bit.

And then lastly, you’ll add in some whole cinnamon sticks and of course some chopped up apples (I like gala or honeycrisp).

You may be tempted to skip the step of making the honey cinnamon syrup – but please don’t.

It’s like the glue that ties all this awesomeness together. Because as it sits (along with the extra oompf from the cinnamon sticks) – oh man. The cinnamon reallyyyy comes out. 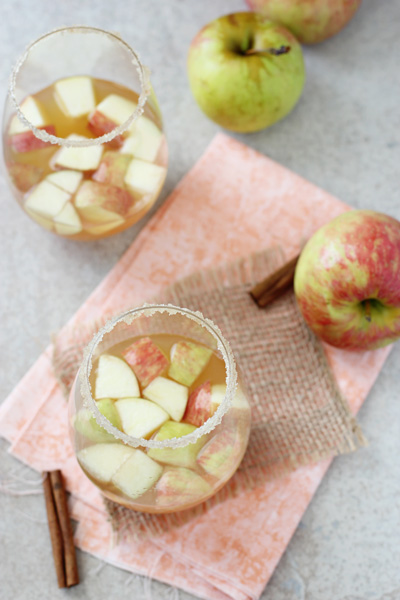 To keep this dairy free - be sure to use dairy free friendly alcohol.

You can definitely drink this as soon as you’d like, but I personally think it gets even better when it has time to sit and meld and get all awesome together. The cinnamon really comes out this way.

For an extra special touch, rim your glasses with cinnamon sugar right before pouring to serve. Amazing!

I like to go with a drier white wine in here to balance out the sweetness from the cider but anything will work! 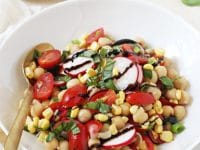 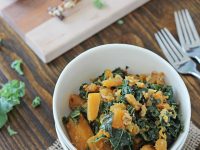 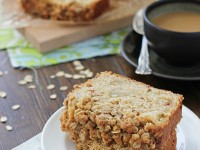